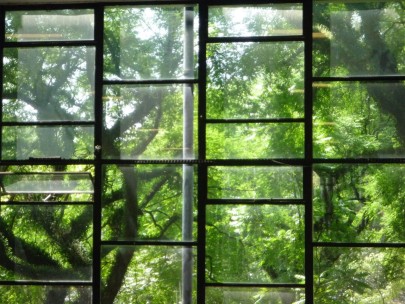 Transcultural Studies assume permanent transgression of national and cultural borders and their instability; they examine phenomena of cultural contact and “blending” as well as cultural negotiation processes. The cultural area of Latin America provides a special field of research because phenomena of artistic and cultural blending (such as mestizaje, creaolisation, métissage) are historically reflected and interpreted on the one hand and because the “Geschichte transkulturellen Denkens” (history of transcultural thinking – Kravagna 2017) has been amplified in the decades between the two World Wars as theorists in Latin America, such as Freyre, Vasconcelos, Ortiz, developed, discussed and reflected on such positions. Particularly in times of rising nationalistic and racist discussions in Europe, they questioned ethnic and cultural purity fantasies, took opposing positions and expressed their own perspectives.

Participants of this workshop will discuss if and how such theorisation can be used and implemented when creating images and can be made accessible in art historiography and visual culture studies. In addition, they will discuss if positions held in postcolonial studies supply the necessary repertoire to theoretically incorporate transculturally blended history of art that also includes Latin America. Approaches regarding a transcultural history of art will be critically reappraised for this region and will be discussed and reflected based on the positions held in the field of postcolonial studies, ongoing discussions in Latin American (Mignolo, Dussel, García Canclini and others) and within the context of visual culture. In Latin America in particular, transculturality and concepts of modernity seem to be intertwined in discussions. As art historiography includes the construction of modernity, too, this connection with a transculturally thinking historiography in the arts and visual culture will be also be critically examined. The respective colonial past is being included in this reflection, too, to answer how this past has been ignored, manipulated or exploited in the constructions of modernity. This is particularly of interest in art historiography and its theoretical foundation of historiography that still implies a universal model rather than regional differences to be integrated in the theory formation process.

Concepts of transculturality that specifically address the impact of images in a globalised world are being examined. In this workshop, inherent and essential concepts of art history will be deconstructed and put into new perspective based on case studies and theoretical discussions and by rewriting relationships, terminologies and epistemologies to create a transcultural history of art.

Participation in this conference is free of charge; please register by mail to: h.soeker@mode.tu-…

With the kind support from the Association of Friends of the Technical University of Darmstadt.